You are here: Home / Cookware / Air Fryer Wattage: Do They Consume a Lot of Electricity?

In the modern contemporary World where technology is transforming itself into more advanced forms with the passage of time, every sphere of our lives is gaining the benefit from it and kitchens is definitely not an exception.

Technological advancements have brought in several new equipment which runs from different sources of energy and make the work much easier and better. Some of the examples are refrigerator, microwave, air fryers etc.

But since the topic of discussion revolves around Air Fryers, let’s go further in detail about this equipment to be able to answer the question of concern i.e. Air Fryer Wattage: Do they consume a lot of electricity?

Before moving ahead with that, let’s have a quick look at the brief description to understand that What is an Air Fryer?

Contents show
1 What is an Air Fryer?
2 Air Fryer Wattage: Do they consume a lot of electricity?
3 From the perspective of Air Fryer being a Stand-alone unit
4 In comparison to other appliances
4.1 Related Posts

What is an Air Fryer?

An air fryer is an equipment/kitchen appliance which uses the hot air to cook the food. It runs on electricity and circulates the hot air around the food using the convection mechanism which helps in cooking the food. 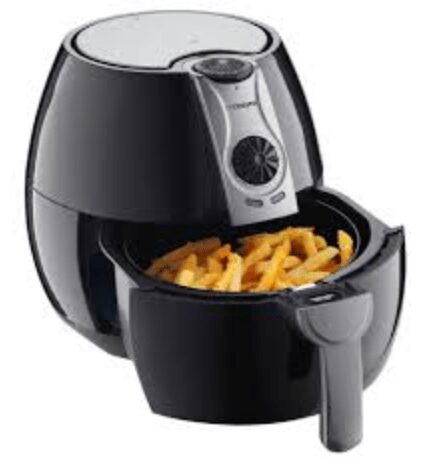 This equipment has definitely been useful in the kitchens by easing and quickening the process of cooking some of the food items. But the question is Is it economic to use this appliance to cook the food in terms of the electricity it uses?

Let’s have a look at the answer to this question.

Air Fryer Wattage: Do they consume a lot of electricity?

There are many perspectives of answers to this question. So, let’s go ahead and analyse all of it.

If you still haven’t got what I’m trying to say, don’t worry as I will be elaborating on this using an example. So, just read further.

From the perspective of Air Fryer being a Stand-alone unit

The Air Fryers as a stand-alone unit comes across as an economic equipment because the wattage of it ranges from 800W to 2175W except that of Philips Air Fryer XL which goes a bit higher. So, the average wattage is generally around 1425W. It’s mostly like higher the consumption of wattage, higher will be the temperature. Also, the fact that it takes less time in cooking than that of other appliances turns the ball in its favor.

In comparison to other appliances

Now having got an idea of its stand-alone consumption of wattage, let’s have a look at it in comparison with the other household appliances like Oven, Refrigerator etc.

The electricity consumption of Oven ranges from 1000W to 5000W with most of the modern Ovens operating at 2400W.

The average size refrigerator consumes about 780W and when we run our math into the fact that Refrigerator runs day and night, it consumes a whole lot of electricity. But in this advanced world, refrigerators are insulated and thus, keeps in the cold more efficiently. This brings in an idea that Refrigerator actually runs just one third of the time because of its Thermostat mechanism.

Now moving to the regular ovens, they also have insulation and the thermostat mechanism inbuilt which helps in maintaining the optimum temperatures and thus brings in the idea that it runs only about a quarter about the time.

This consideration of both these appliances running partially doesn’t make their power consumption sound that bad. However, on the other hand, an Air Fryer runs the entire time during the cooking process.

Now, to understand the implications of this idea in a better way, let’s bring in some mathematical figures. 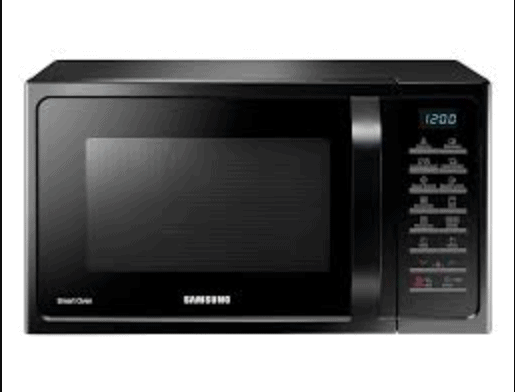 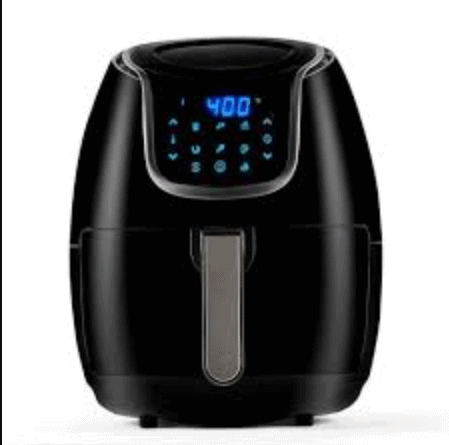 Let’s consider the average 1425W air fryer and check how much electricity is consumed while using it. Assuming that the time taken to prepare some food item is 30 minutes, by applying the formula we get

Now let’s take in consideration the Oven. The average wattage of the oven is 2400W and we are assuming the time to be 1 hour. This is because Oven takes almost double the time at times to cook the same food item that could be cooked in half-an-hour using an Air Fryer. Also, since Oven runs only 25% of the time in use because of the Thermostat mechanism, the calculation will be as follows

This clearly shows that even though Air Fryer has lower wattage, it actually consumes more electricity.

I hope you have understood by now how the power consumption of different appliances actually works and I hope it helps you in making the economic wiser decision of using appliances in your households.

With this, we finally move towards the conclusion of this article.

We can conclude this article by saying that the actual calculations and evidence clearly points to the fact that Air Fryers does consume more electricity than the other appliances. I’m sure this information would surely help you in making the best power economy for your households.

Hoping that this article answers your question.