You are here: Home / Food-drink / Masa Harina v/s Corn Flour Are they the same?

World is an intriguing and an exciting place to be a part of because of the huge variety which exists here.

There is always something or the other to explore as per individual’s interests and passions. I’m a foodie person and thus, Food is what I love to explore.

I love to explore the dishes of various cuisines, taste them, try cooking them and make my pick as to which dish I like best.

While continuing my exploration of various dishes and tastes, I recently came across a recipe that called for Masa Harina as one of its ingredients.

The need of this ingredient and the urge to make this dish raised a question in my mind and that question was can I substitute Masa Harina with Corn Flour?

Basically, Is Masa Harina and Corn Flour the same?

This made me more curious and thus, impelled me to research more about this topic.

Thus, through this article, I’ll share with everyone about what I found out while going through the details of how the Corn Flour and Masa Harina is prepared and what are the differences between the two. I hope that will also answer your similar queries, if any.

Are Corn Flour and Masa Harina the same?

A short and quick answer to this question is NO.

But there is definitely a lot more to it.

Let’s learn more about both the Corn Flour as well Masa Harina and maybe then we will be able to figure out the differences between the two in a better manner.

Corn Flour is a smooth textured item which is milled from dried whole corn kernels. It doesn’t taste good when raw but it is generally not eaten that way. It is generally used with a binder such as eggs and serves as a base for the baked goods.

Grilling, baking or frying it makes it taste delicious. 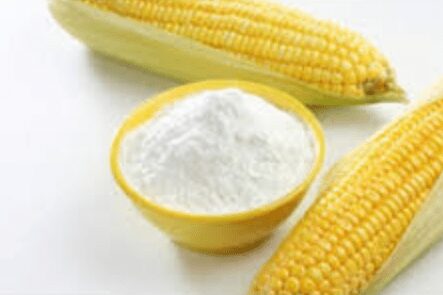 It is a very versatile ingredient and can be used in various recipes for bread, muffins etc. However, despite this, corn flour cannot be used as a complete substitute for the common white flour.

In contrast, Masa Harina, which literally translates to “dough flour” is a staple flour used in Mexican Cooking. It is also made from dried whole corn kernels and is soft in texture. 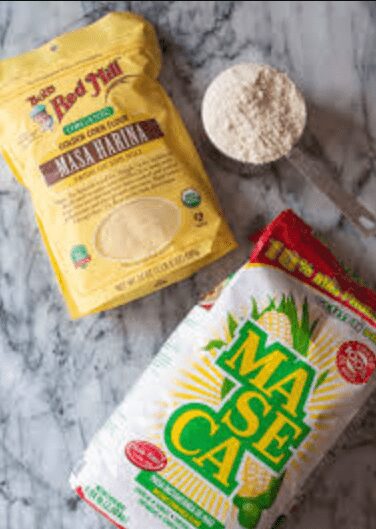 The most important difference which could be seen between Masa Harina and Corn Flour is that Masa Harina is cooked in limewater which is a solution made using calcium hydroxide.

This calcium hydroxide is the reason behind changed chemical composition of the Corn Flour as it infuses it with calcium and niacin. These changes turns out to be the reason of the changed flavor.

Not only that, it also makes the food easier to digest.

Also, Masa Harina is naturally considered to be gluten-free. Gluten is not added to any corn masa product.

Now, having read about both Masa Harina as well as Corn Flour, the question which arises is Can you substitute Corn Flour for Masa Harina?

Let’s move ahead and answer this question too.

Can you substitute Corn Flour for Masa Harina?

As we figured out above that one of the major differences between the two is that of Masa Harina being cooked in limewater which changes its taste.

So, the two don’t really have similar taste and thus, can’t be substituted for each other.

So, the answer to this question is NO.

But there is more to it. Let’s go ahead and figure out what.

Masa Harina is one of the staple ingredients traditionally used in many Mexican Dishes be it tortillas, tamales etc.

This is cooked with an alkaline solution, usually lime water and thus is rendered with different properties other than cornmeal or corn flour.

The term for the process of cooking corn in an alkaline solution is called Nixtamalization.

The corn after undergoing through this process is changed in many ways.

Like the aroma and the flavor is changed, the corn becomes more softer and easier to grind in dough, it removes the hulls from the kernel and also adds on to its nutritional value.

So, Corn Flour and Masa Harina are actually not the substitutes of each other. However, it might also depend on the dish.

Like if you are making the Tortillas, it’s definitely suggested not to substitute Masa Harina with any other thing because if you do that, you would end up eating something which doesn’t at all tastes like Tortillas and the end food product would either not stick together at all. And even it does, it would be rubbery in texture.

Thus, do not substitute Masa Harina with Corn Flour while making Tortillas in any condition. 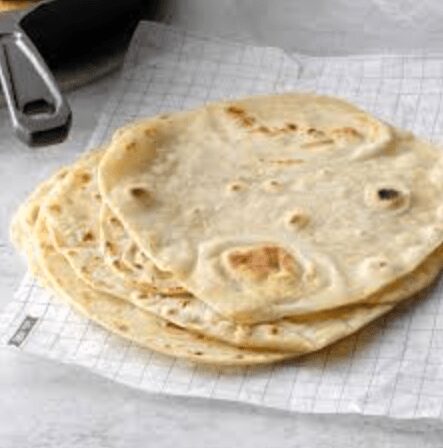 Okay so since we are talking about Corn, let’s answer one more commonly asked query which is…

Is Cornmeal the same as Corn Flour?

I would say that despite the many commonalities between the two, there are noticeable differences as well. And thus, they are not really the same.

Like, yes they both are made from the milled dried corn but the texture of the two is completely different.

Cornmeal is much coarser in texture and feels quite gritty in contrast to the Corn Flour which is finely ground and smooth in texture. 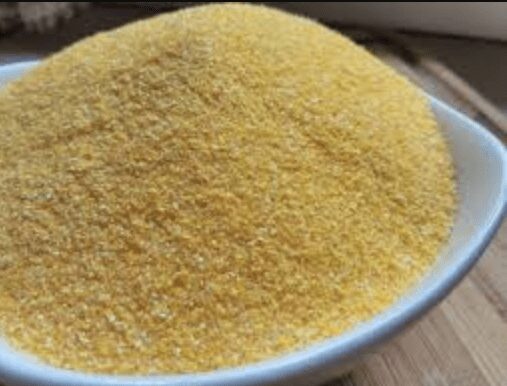 Cornmeal is the main ingredient needed for any cornbread recipe while cornmeal is grinded to make the powder which is the Corn Flour. This powder is used usually for baking and forming as a base for frying etc.

Again, their interchangeability would depend on the food item or the recipe you wish to work upon. However, it’s generally suggested to use as per what the recipe ideally demands rather than substituting it with the other.

How do you make Masa Harina?

Some people might have a query that can Masa Harina be cooked at home easily. The answer to this is that it’s surely not a cakewalk to make it at home.

It is not usually made from corn flour or cornmeal. Instead the calcium hydroxide is added to it at this former stage before it is actually processed into Cornmeal or flour.

However, it can surely be made at home. All it would require is the additional patience on your part along with the required ingredients. Masa Harina is usually made using Dent Corn which typically has a thick outer skin. It basically is the yellow field corn.

Because of its thick skin, it can be cooked for hours and still it’s skin won’t get soft. This type of Corn is not readily available in the market.

The next and the crucial step in making the Masa Harina would be to treat it with the Calcium Hydroxide. Boil the corn in water, add calcium hydroxide mixture and then allow it to simmer until the outer skin of the kernels rips off.

Once this is done, remove the corn from it, cover it and leave it overnight.

Then all you need to do is rinse it several times, process it in a food processor until it turns into a thick dough.

And then your Masa Harina is ready!

So, that’s all I have as an insight in the world of Cornmeal, Corn Flour, Masa Harina to share it with you all. My love for the Mexican Dishes helped me explore this world and I hope that it must have answered many of the queries you also come across regarding the above stated items in the day-to-day life. Thus, that completes the aim of this article and we now finally move towards the conclusion of it.

Thus, we can conclude this article by saying that Masa Harina and Corn Flour are two different ingredients with different features like taste, aroma etc and thus, shouldn’t be used interchangeably. They are best suited for dishes of different types and thus, will taste best when the ingredients are used as per the recipe.

However, some dishes might taste fine if these two are used interchangeably but I would suggest that only in the case when you can’t really have the ingredient as prescribed in the recipe.

Also, Masa Harina can be cooked at home too as stated in this article and thus, making that can also be your go to option to make your food taste the best.

With this I hope that all your queries regarding the Corn Flour and Masa Harina were cleared in this article. And thus, I wish a very happy cooking and eating experience.