Kitchen is always that sphere of every household which holds the memories of many beautiful moments to be cherished forever.

It becomes a hub of memories when you cook food for your loved ones and thus, this experience has to be smooth and mesmerising.

The world is transforming with the changing times and is accepting the new technological advancements that are coming its way. Kitchen is not at all lagging behind in this aspect. There have been developed many equipment overtime which can make the cooking experience much easier, smoother and a cherishable one. These equipment have become an innate part of all our lives especially in this fast paced world where we aim to complete every work at great speed and in the best possible manner.

One such equipment which contributes to the making of the tasty and yummy things which we crave for is the Blenders. 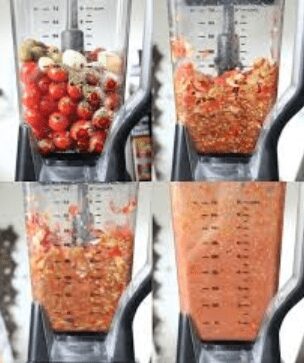 Blender is that equipment which helps in making many things and thus, adding an amazing taste to the food.

Do you want me to name some of the mouth-watering things it can help to be made???…

So let me tell you, it can help in grinding the vegetables into smooth purees and thus, the sauces which you get served along with the chaats and pakoras is made using this equipment.

Also, the blended ice creams milkshakes of different flavors which we all love are made using this equipment.

I madly love mango milkshakes and can’t imagine how they would be made without using a blender.

So, I’m not imagining my kitchen without one.

I hope you want one blender for your kitchen as well. 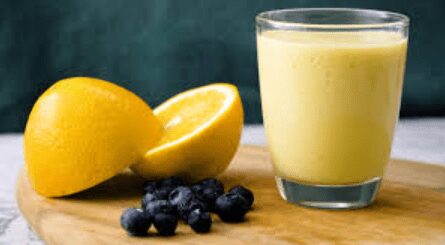 Now the most common question which arises is Which Blender One should purchase to be used in their kitchen?

If this question has struck your mind a lot of times and you still don’t know which one to opt for, we will make this choice much more simpler and easier for you by stating the features about the best two blenders out of which one will definitely suit best your purpose.

And these two ace Blenders which are best suited to be used in your kitchen are Vitamix e320 vs 7500.

Now the choice is much easier as you have to choose out of just two best options.

Both of these are the best and you will surely be facing a tough choice while purchasing any of the two. But DON’T WORRY.

I will guide you through the features and the differences between both these options available so that you can make the best choice.

So, what are we waiting for?… Let’s Begin.

To begin with, let’s get an overview of both of the best choices we have before finally getting into the similarities and the differences between the two.

An Overview of Vitamix 7500

This is a total upgraded blender and is one of the most popular blenders among the G-series line popularly known as the NetGen.

The noise level of this blender is much less and can be used for both household and commercial purposes because of its powerful 2.2 HP and low profile 64-ounce container.

There are the options of 10 different speeds available.

So, you can easily create the hardest as well as the smoothest soup from this very equipment. 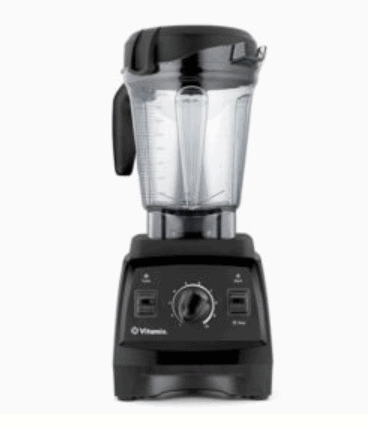 The features of this equipment are as follows:

What does the package include?

This jar has length enough to provide a large capacity blend and also a leak free lid along with a removable twist lid plug to make it easier for adding ingredients while blending.

The handles of this jar have a good grip, making it easier to hold. 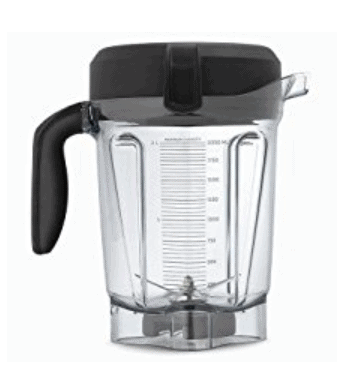 The base is strongly built and perfect to maintain the balance of the entire machine. The features to maintain the blender in optimal conditions like a radial cooling fan and thermal protection system are also there.

This blender has an upgraded motor which has the capability to blend anything with the horsepower of 2.2 at 12 Amps.

The settings provide the feature of pulse toggle through which we can easily pulse the blender without worrying about the speed the blender is rotating at. Also, the variety of textures could easily be adjusted by just rotating the dial as per the need.

The Blades are made up of hard Stainless Steel and thus, can chop anything that’s put inside the Blender.

So, that’s the overview about the Vitamix 7500.

Now let’s move ahead to the next option available.

An Overview of Vitamix e320

The options might seem to you very confusing to decide from in the market because the features offered by the two blenders are almost the same. Vitamix e320, alike Vitamix 7500, offers you the powerful blending because of the 2.2 Horsepower with the speed as equal as offered by the Vitamix 7500. This blender is made up of Tritan. 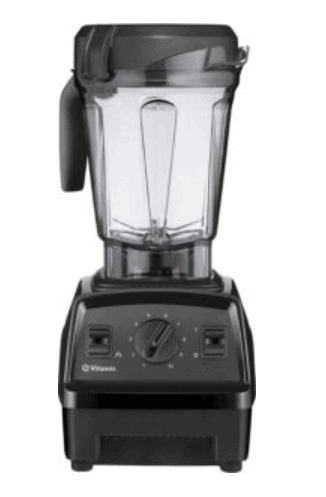 Let’s take a look at the features of this Blender:

What does the package include?

This blender also has a 4 inch Blade and a wide base. The 34/48 ounce container is also provided to make the blends of the small amount and the day grains ingredients could also be blended using this container. Also, this container is completely dishwasher safe.

The motor of this blender is also as powerful as that of Vitamix 7500 with 2.2 peak HP and thus, has the power to handle the harder ingredients as well and can blend it very easily. 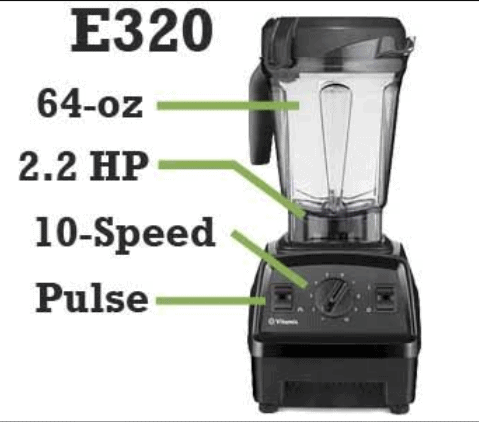 The control settings of this blender includes the switches of on/off, 10 variable speeds rotating dial, Pulse feature as well as the automatic overheat shut off option.

With this, we are done with the overviews of both the options available.

Is your problem of making the decision out of the two available options of Blenders Sorted???

I don’t think so.

This is because most of the features of both the blenders are the same and there might still be a lot of confusion in your mind regarding which one will be the best for you as per your needs.

Don’t worry. We know that the confusion still continues and we will definitely sort that out. It was just an overview of both the blenders with the fact that many of its features are similar.

So, hold on to your seats as the following section of this article could definitely affect your choice and help you make the best decision for yourself.

I will be stating the key differences between these two blenders in the next section. I hope you all are all set to make your choice and choose the best one for yourself.

Differences between the Vitamix e320 vs 7500

The following are the differences which would help you make the best choice for yourself out of the two best options available to you.

Both of these models have the 2.2 HP model.

The base of both the models have a cooling fan and thermal protection feature.

The thermal blender helps in the automatic shutoff in case of overheating and the cooling fan helps the motor to be cool, thus, extending the life of this blender.

The incentives can definitely influence the choice of the consumers.

Thus, Vitamix 7500 has an advantage in this case as it comes with two extra goodies other than the normal pieces which are provided with both the blenders.

These two extra goodies include a getting started guide and a DVD. If you opt for Vitamix e320, you need to purchase these goodies separately.

Weight of the blender is another important factor to be considered before buying a blender.

The size of the blender makes it much more comfortable to be carried from one place to another.

Thus, if you need to move the blender very often, then Vitamix e320 would be the best option and if not, Vitamix 7500 will be the good option for you.

The price is one of the most important factors to be considered while purchasing a blender.

It should fall within the limits of one’s budget.

The difference between Vitamix e320 and Vitamix 7500 prices is that the latter option is more pricey for the obvious advanced features which comes along with the next Gen motor used in it like less noise etc.

Also, it provides the consumers with the extra goodies and thus, is obviously expensive as compared to the other.

So, the above stated are the five major differences which could be seen between the two available options of Blenders.

I hope that your choice has become more clearer after keeping in consideration the above stated features and the differences between both of the Blenders.

If you ask me my choice, keeping in mind my family size and the quantity I would generally require to be blended, I would opt for the Vitamix e320 because of three reasons which are firstly, it is much portable and can be easily carried from one place to another.

Secondly, this one is made of Tritan and thus, is comparatively more safer than plastic and Thirdly, the idea that Vitamix e320 is the latest model and thus, would be more upgraded makes it an attractive option to me.

The above stated three reasons are what makes me a bit more inclined towards the option of Vitamix e320.

However, my decision is completely based on my preferences.

Your preferences can surely differ as per your need.

The above stated features of both the blenders along with the difference between the two is sufficient to be considered while making the choice between which blender should be purchased.

I hope the above stated information about both the Vitamix e320 as well as Vitamix 7500 is much clear to the readers.

Thus, we can move ahead with concluding the article.

The choice, when it has to be made between the two best options, is always a difficult one.

This will be the same case while choosing one blender out of the two best options i.e. Vitamix e320 and Vitamix 7500.

But if you will keep the points stated in this article in consideration while purchasing the blender for your household, I’m sure you would pick for yourself the best one out of the two.

I wish you all a very satisfactory purchasing and happy cooking experience.