You are here: Home / Food-drink / Best Way To Make Brats Without A Grill

Everything holds its own significance in life, be it a particular moment or a particular year. Passage of time brings with it its own specialities, lessons etc. like spring season brings in the beautiful sceneries of trees and flowers, mountains brings with it chilled thrills and the cravings for hot coffee. Likewise, the summer season also brings with itself Bratwursts which I really like.

And being a food lover, this liking definitely doesn’t restrict me to enjoy it only in summer. You can enjoy it anytime in the year.

Here is an answer to that!

Bratwursts is a kind of sausage which is usually seasoned with ingredients like nutmeg, coriander, caraway or ginger. This sausage, a staple food which originated in Germany, is the one which is perfect for the grilling purposes. 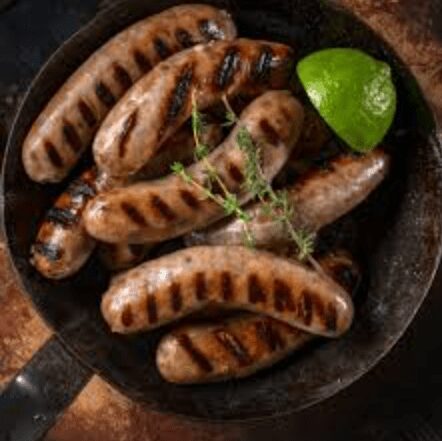 But it is very interesting and important to look at the other perspective of things. Thus, imagine the scenario where you can’t grill. What will you do then?

If you don’t have an answer to this question right now, don’t worry as by the end of this article your question will definitely be answered. This is because I’ll be stating the three methods which will give you equally better results as grilling, without actually doing it.

So, stay tuned as today, this article will bring to you the Best Way to Make Brats Without a Grill.

And here we go!

Ways to Cook Brats Without a Grill

The three ways in which you can cook brats without a grill are as follows:

The above stated three ways will definitely give you amazing results which will truly live up to what you expect from Bratwurst.

Now let’s elaborate on each of these easy and efficient methods to know more.

Method 1 – Cooking Bratwursts in the Oven

This method can work as a substitute of grilling with just two simple methods to follow.

The first step here would be to stat preheating the oven at a temperature of around 375℉. This is because we will be needing the baking sheet to be completely hot before putting in the Brats. While the oven is heating up, coat your brats with any oil which you would prefer. Once this is done, we now move on to the next step. 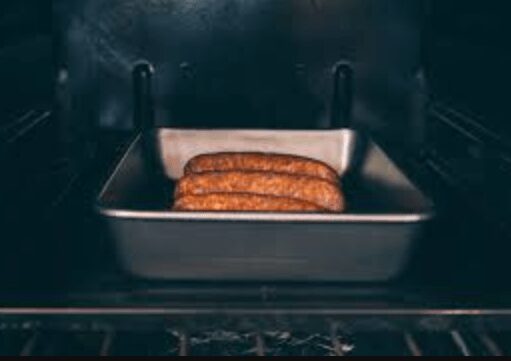 Once the preheating step is done, you are all set to bake the brats. Put them in the oven and let them bake for a period of around 30 minutes. Make sure you turn them upside down so as to ensure that it is evenly baked. And then your Bratwursts will be all set.

Time has brought in many useful technologies and this is, without a doubt, one of those. This is because it not only serves as one of the great substitutes for grilling but also helps in reducing the content of grease and fat from the meat which serves as a plus point for health. And neither it causes any mess as the process is quite simple. Thus, this is definitely a good option. 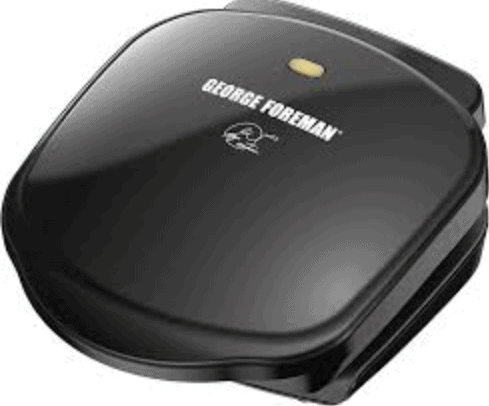 Let’s see how this method works.

The following would be the three steps:

The first step here would also be to pre-heat your grill at the temperature ranging from 350℉ to 400℉ as per your individual preferences and needs.

The next step here would be to divide the piece into two halves so that it can fit in well inside the equipment and gets evenly baked. Once this is done, top the pieces with any oil of your preference and then you are all set to cook.

Once the grill is preheated, put the pieces in and let it cook for around 10 minutes. The nicely browned pieces of it will be your signal to know that it is prepared. Once cooked, you can now enjoy it with your family and friends.

This method though works quite well but has a small setback and i.e. when you cut the pieces into two halves, some of its natural juices tend to dissipate. This might ultimately result in a comparatively drier brat. But you can be sure of its taste as it does taste really well. So, this method can surely be your go-to option.

This method is one of my personal favorites. To use this method, you will need beer, cast iron and high heat. With this you will be all set to prepare it. 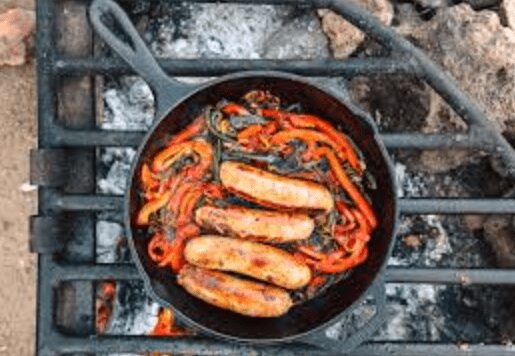 Let’s see how this method works.

You can begin simmering your brats in beer with some slices of onion, salt and pepper. The beer here can be as per what you prefer. Simmer it all in a saute pan. And make sure you don’t boil it. Just simmer it in about a 1 inch of beer and that would work great. Boiling it would lead to loss of all its seasoning.

Heat up your cast-iron

While your brats are up for simmering, what you should do is put them in cast iron grill for heating as you would need it well heated for preparing your brats. Once its heated, put in the brats.

Once the brats are well simmered in beer for a period of around 10 minutes, you are all prepared to put them in the cast iron and it will do the remaining work. Also let the onions be caramelized in the beer pan as that would add up to interesting and tasty flavors.

Thus, the above stated are the three effective methods which can do wonders for your Bratwursts without actually grilling it and thus, you can enjoy it in any season you want.

With this, the purpose of this article gets fulfilled and thus, we now move towards concluding this article.

We can conclude this article by saying that there is an alternative solution to almost everything if you look for it. Thus there is no need to give up on your food cravings.

With respect to Bratwursts, just switch from grilling to any of the above stated three methods of your choice and you are all set to enjoy it with your loved ones anytime you want.