You are here: Home / Kitchen / Can I Leave Food in a Slow Cooker Overnight on Warm?

Can you leave food in a slow cooker overnight on Warm mode?

Or will it spoil?

Does the food taste good?

The idea comes from my friend, who has a very busy life, and also likes to have dinner ready when he gets home from work.

He is always trying to use his slow cooker to free up time in his busy schedule.

I have always told him you can’t leave the food in the slow cooker overnight on Warm mode.

I just wasn’t sure if it was true, or if I was just being an overprotective mother hen.

So, I decided to look into it.

Slow cookers, particularly when guests are planning to come over, are perfect for preparing meals with balanced slow cooking meals and for recipes that can be left cooking for a while.

They need a bit of prep work beforehand, but there is nothing complicated about setting it up.

If you wish to go out, you could skip worrying about the food and return home to a delicious, homemade dinner.

Slow cookers are a popular kitchen appliance that can be used for cooking and keeping food warm for parties, potlucks, and other events. It is a convenient tool that allows you to set it up and forget about it until you come back.

Will it ruin the food if you leave it on overnight, though?

We know a lot of people who do this, but is it safe to do?

Who knows what might happen if you leave a slow cooker on overnight.

Here, we will discuss the safety of leaving a slow cooker on overnight so you can decide if this is a smart idea or not.

How Does a Slow Cooker Function

A multi-purpose cooker, which can even pressure cook or air fry is the latest method to delay the cooking.

Wide chunks of meat, like pulled pork, cook well in a slow cooker because, over time, the thick muscle fibres breakdown, causing the meat to become soft and flavoursome.

Stews also function possibly the best, since it is possible to utilize affordable cuts of meat and veggies, and will not overcook. 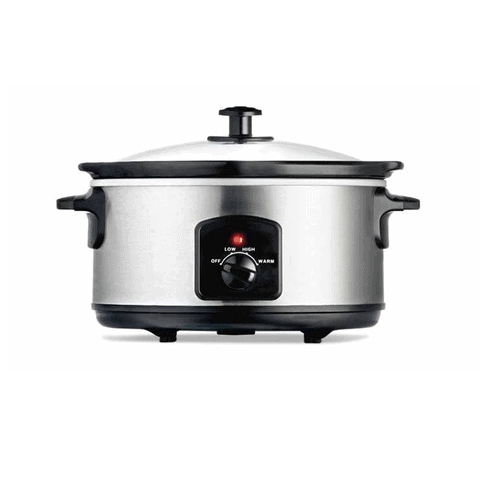 Conventional slow cookers consist of the high/low setup. Generally, the high temp cooks at 212 °F, while the low temp goes to about 200 °F. Some slow cookers have a keep warm mode, which reaches the food-safe level of 145 °F, avoiding too much cooking.

Existing versions may have different settings for rice while some also cook under vacuum. It saves both time and energy which we use while cleaning up.

It gives us the provision of not needing to pull out an additional container to do these things.

Can I Leave Food in a Slow Cooker for Twenty-Four Hours?

These could be some situations where you know you’re going to have a stressful day and have to get stuff done pretty much ahead of time.

Above all, during work, you wouldn’t want to be slicing veggies and cooking meat products.

You may want to plan the evening in these situations, enabling the food to cook over time and afterwards keep warm during the day so it’s ready for dinner.

That could amount to a minimum of only about 24 hours to get the slow cooker ready. Many slow cookers can be left on for twenty-four hours as long as they aren’t old, and contain no broken components.

Nonetheless, most recipes need just about six to eight hours of preparation, so there’s no use of keeping things in for twenty-four hours.

That being said, there is hardly any purpose to end up leaving the slow cooker on.

Except if you know you’re going to have a hectic morning, you’re likely only going to have to keep it up for a target level of 12 hours. But there is nothing to worry about because most multi-function slow cookers have an automatic switch-off functionality which might step up after twenty-four hours.

Is it Important to Stick to the Cooking Time?

Generally speaking, it is important to stick to the cooking period shown on the recipe that you cook.

I used to be worried about making it home to switch off the slow cooker on time.

But after I bought the Hamilton Beach Portable Slow Cooker, it just made life a lot easier for me.

While old slow cookers frequently necessitate you to swap between settings separately, contemporary configurable slow cookers provide a digital clock that shifts the device immediately to the warm setting after the fixed timeframe. This manner, it’ll be thoroughly cooked, regardless of when you get back. 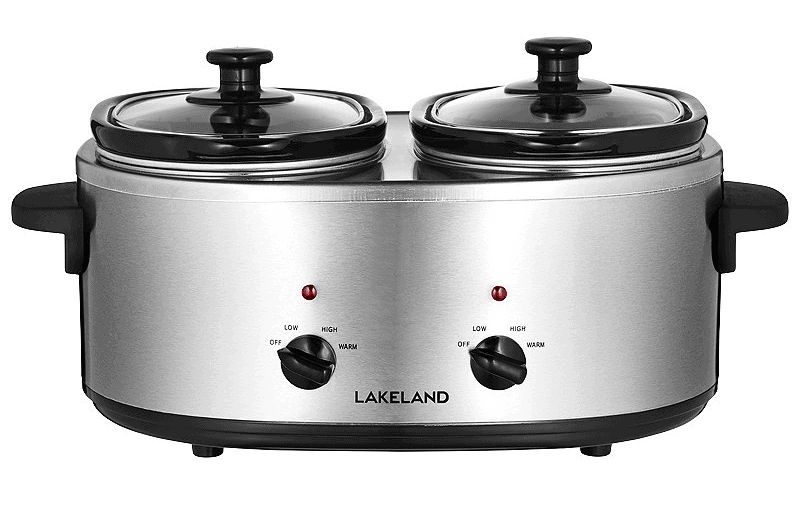 Leaving Food in a Slow Cooker Overnight on Warm

Initially, I thought that leaving a slow cooker on warm overnight is completely alright.

It is a perfect way to schedule ahead, particularly for massive menus and parties, to prepare the next day’s dinner.

It requires the dish to cook overnight and then to turn it to warm.

After I did my research I understood that most warming conditions hold food at about 145 °F. It is somewhat similar to what the ‘United States Department of Agriculture: Food Safety and Inspection Service’ term the ‘Danger Zone’.

The general recommendation is that the average amount of time you should keep food in a slow cooker on warm is around 2 to 4 hours. It has to be moved into the fridge afterwards.

If you aren’t going to serve hot food right away, it’s important to keep it at 140 °F or above.”

Bacteria expand incredibly rapidly between 40 and 140 °F, growing twice the amount possible in a short as twenty minutes.

And if you constantly open the lid, or the slow cooker does not specifically regulate the temperature, the food can get ruined if you keep it out for quite long.

The slow cooker will crack if we’re not cautious.

Not only does that leaves everyone starving, but it does also creates a major disaster.

And you’ll have to purchase a new one as well. Make sure to check the various blunders which can result in breaking a slow cooker. 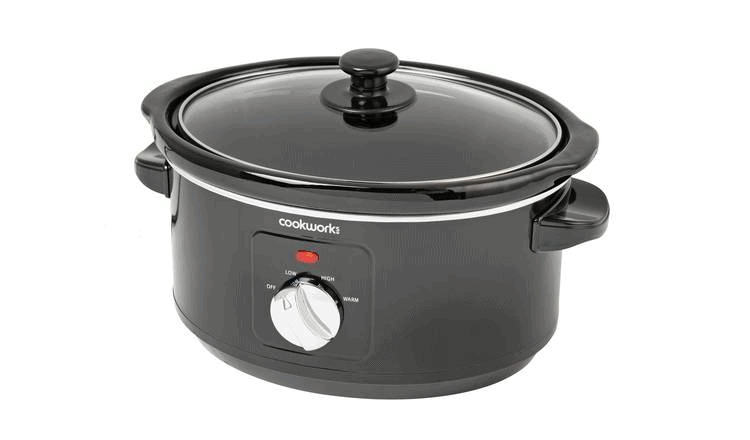 The slow cooker has been one of our preferred culinary devices, hands down.

Like I mentioned before, we know that slow cooking is not harmful. Only set it up, and forget all about it.

But, there are few safety issues to be mindful of, as in any electronic equipment.

I will show you the necessary steps for managing your cooking safely. Consider these tips to guarantee you are safe during every meal you slow cook:

How to Clean Your Slow Cooker ?

Like every cookware, the faster you clean it, the better.

Allowing food to stay in the slow cooker just allows it an opportunity to dry out and stiffen, making washing tougher.

When the meal is finished, eliminate any food scraps and continue washing.

If you can not do it instantly, fill your slow cooker with water and liquid cleaner and then let it stay.

This means, the chunks do not dry out and the soap will make it easier to clean the food particles.

What if you do not Wash it Immediately ?

Say you cooked an extremely dense and saucy recipe, and forgot to wash it straight after lunch.

One aspect is certain.

In conclusion, several modern slow cookers are completely suitable for longer times to be left on, whether cooking or even just maintaining the food warm.

Some slow cooker recipes require you to remove the food from the crock once the cooking time is up.

However, there are some recipes that are designed to be left in the slow cooker on warm.

You can leave these types of recipes in the slow cooker overnight.

They will keep warm until you are ready to eat them.

This is an especially convenient way to make a casserole or a dish with a lot of liquid in it.

But I think it is better not to leave your slow cooker on for over twelve hours for the reasons I mentioned previously: Food Safety and Slow Cooker Cracking.

Letting it heat for far too long will kill your dish’s taste. Observe the method for the optimal outcome and the slow cooker’s instruction book to make sure you use it properly at all times.

I hope this article answered all your queries about keeping your slow cooker overtime on warm.

When you’re cooking a meal for a crowd, the last thing you want to think about is what to do with leftovers, and whether you should warm them up or throw them in the trash.

The fact is, if you’re using a slow cooker, you can leave food in it overnight, on warm.

In fact, some slow cooker manufacturers specifically recommend this method, as it is less likely to overcook the food. (Just be sure to keep the lid on the slow cooker to avoid foodborne illnesses.)