You are here: Home / Cookware / Pot vs Pan : Here is the best Difference You are looking for ;)

In our day-to-day lives of busy schedules, there are many terms which we use interchangeably without recognizing or giving due importance to the differences between the two.

In this article, we will solve one such confusion between two terms which are wrongly used in an interchangeable manner.

This will be done by marking out the core differences between the two terms. And these two terms are Pot and Pan.

These two terms are very often used interchangeably but these definitely differ.

I’m sure you must have faced this confusion some or the other time of not knowing which term to use for a cookware you are using in the cooking process.

But now there will be no more confusion.

This is because the remaining section of this article would clearly state the differences between the two terms and these differences will be divided in three categories which are basically the parameters on the basis of which the differences are made.

So, what are we waiting for?

Let’s go ahead and clear all the confusion.

What are the three parameters which will act as the basis of differences?

The three parameters on the basis of which we will be stating the differences between a Pot and a Pan are as follows:

Now, let’s take up these parameters of difference one by one.

Differences based on the Physical Attributes of Pot and Pan

The main point of difference in terms of the physical appearance of both Pot and Pan is the sides of both of these.

Pans have sides that only extend up-to an inch or two from the bottom.

However, unlikely pans, pots have sides that run straight up from a circular base and are comparatively more deeper.

The sides of the pan are usually slant while those of the pot are completely straight. 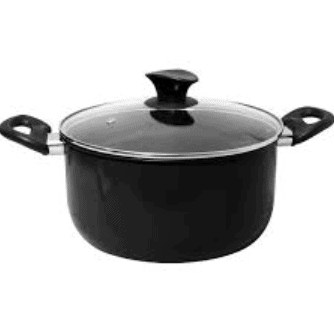 The other physical difference could be identified from the handles of both pots and pans.

Pans usually have one long handle placed on one of the sides of the pan while pots have two handles which are placed opposite to each other. 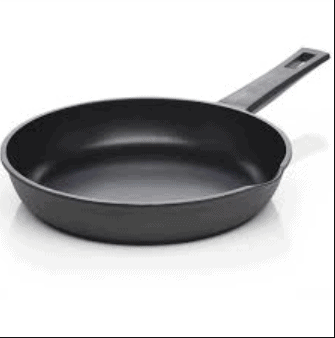 Differences based on the purpose of both of Pot and Pan

The pots are very much likely to be used in the cooking of those items/dishes which includes the liquid component in it.

Thus, it suits the soups, stews etc. as the long sides allow the pot to eat faster and also allows even heating across the pot.

However, pans are shallow and thus suits best for the purpose like sautéing and frying the food.

This is the reason why using the pans would work really well for doing stir-fries, cooking pancakes, crepes, eggs etc. 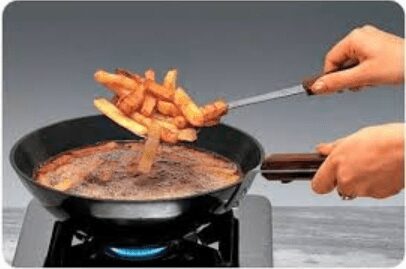 Difference based on the attachments that comes with Pots and Pans

The third and the last category of differences between a Pot and a Pan would be on the basis of attachments that comes with both of these.

The Pots usually come with more attachments as compared to the pans. These attachments in case of the Pots could be steamers, double boiler attachments, pasta inserts etc. 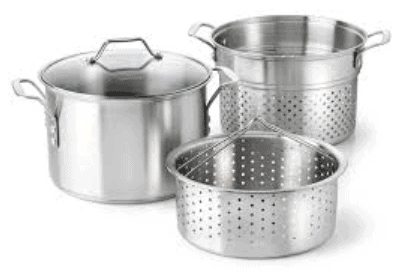 The Pans don’t come with any such extra attachments as they don’t have any space to fit those in. Thus, pots have an edge over pans in terms of the number of attachments.

So, the above stated points were the core differences between a Pot and a Pan with these being defined on the basis of three main parameters.

I hope the above stated points of Core differences between a Pan and Pot have now created a clear picture in your mind about the right usage of these terms for the correct cookware.

And now since the purpose of clearing the confusion between a Pot and a Pan is clear, we can move ahead with concluding the article.

The conclusion which can be drawn from the points stated above in this article is that there are many terms which are wrongly used in an interchangeable manner for the wrong object.

This article did help us clarify the confusion we all were stuck in between the Pan and Pot by stating the core points of differences between the two.