You are here: Home / Kitchen / Best Water Filters That Remove Fluoride And Chlorine

Life is a cycle of desires and wants which keeps on coming back to us during our entire lifetime. Some are urgently required and demand immediate attention while others can be delayed keeping in mind the priority. One such thing which should be everyone’s utmost priority is Clean drinking water. 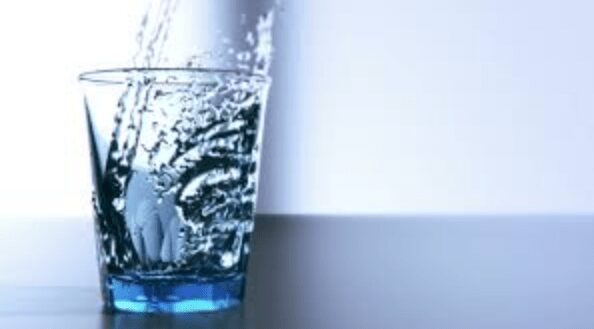 But how can you ensure that the water which you have access to at present and consume in your day-to-day lives is completely safe for drinking purposes or not?

This is definitely not an easy question to answer provided that most of us do not know what all elements/chemicals are needed in the water to ensure that it is safe and completely healthy to drink. But since it should be our priority as it’s a concern about our health, I decided to research more about it. And here I am, sharing with you all the information about this important issue. We will be discussing the safety of drinking water pertaining to the two elements i.e. Fluoride and Chlorine and how we can ensure that we have access to safe drinking water.

So, what are we waiting for???

Contents show
1 History related to adding Fluoride and Chlorine in Water
2 Where does the problem lie in this practice?
3 Does Fluoride in Water results in Healthier Teeth?
4 Is Chlorine Carcinogenic?
5 What can we do?
6 Now the question which arises is which is the best water filter?
7 Best Water Filters
7.1 AquaTru Countertop Reverse Osmosis System
7.2 ZeroWater 10 Cup Pitcher
7.3 APEC Top Tier 5-Stage Ultra Safe Reverse Osmosis Drinking Water Filter System
8 FAQs related to Water Filter
8.1 What does Reverse Osmosis remove from water?
8.2 What is the time duration upto which you can store the Reverse Osmosis Water in a Container?
8.3 Will just simply boiling the water won’t work? As in, is it necessary to buy a water filter?
8.4 Related Posts

History related to adding Fluoride and Chlorine in Water

The history of adding fluoride to water dates back to 1801. It first started in the United States but was transformed to be a nationwide policy until 1950s. The reason to implement it at such a larger scale then was the same as it is now. It was done basically after it was witnessed that the cases of dental cavities amongst children declined at quite a good pace.

The history of Chlorination of water dates back to the 19th century. It first began in Germany and England. The reach of this practice expanded over the course of 10 years to various other urbanized and industrialized parts of the northeastern United States. The rationale behind this practice was the belief that it helps in reducing the disease causing pathogens like bacteria, viruses and protozoa at a viable level.

Where does the problem lie in this practice?

The European Commission disregards the advantage of fluoridation of water especially with regard to the topical use of toothpastes. Other International organizations along with FDA have completely denied that fluoride affects the purity of water in any way and thus, called it as a drug in water.

However, what remains a question is that…

Does Fluoride in Water results in Healthier Teeth?

The further studies were conducted in Canada, Germany and Finland to find an answer to this question. The studies have revealed that even after the fluoridation of public water supplies stopped in these countries, the cases of tooth decay amongst people did not increase. This points to the fact that there is no relation between adding fluoride to water and the decrease in the number of tooth decay cases. People already use toothpaste which are fluoridated and thus, there is no need to add any amount of fluoride in the public water supplies.

Another important question which arises is that…

According to a study conducted by the United States Council of Environmental Quality, it was revealed that the people who drink chlorinated water are 93% more prone to the risk of having cancer as compared to the others. There were other methods like silver filtration etc. which were discovered and proved effective in purifying the water. Thus, it was completely preferred to avoid using chlorine as purifier of water because of the chances for it proving harmful for the health of the people.

Thus, now the question is…

What can we do?

Well, there are definitely problems but there is a solution to every problem. Thus, the impurities of water is definitely an issue to be considered on the priority basis and it does have solutions.

One solution could be that of using the bottled spring and mineral water available on a regular basis but this is definitely not a sustainable solution and would only lead to lack of resources overtime. Thus, we need to switch a sustainable and viable solution.

In such cases of health related issues, home remedies have always worked wonders. Why not do it this time too??

You can go ahead with either reverse osmosis systems or simple filtering pitchers as both would prove effective in removing the harmful elements from the tap water.

Now the question which arises is which is the best water filter?

Do not fret because I’ll now be stating some of the best filtration systems which might be your best go-to option. So stay tuned!

One of the major disadvantages which is seen in water filters is that they have a limited capacity. Thus, one has to be on a regular duty to refill it so that water can be purified and thus, we can get clean water from the tap of the filter. However, if you don’t wish to face this disadvantage of refilling it again and again, what you can do is go ahead and opt for a more advanced reverse osmosis system. 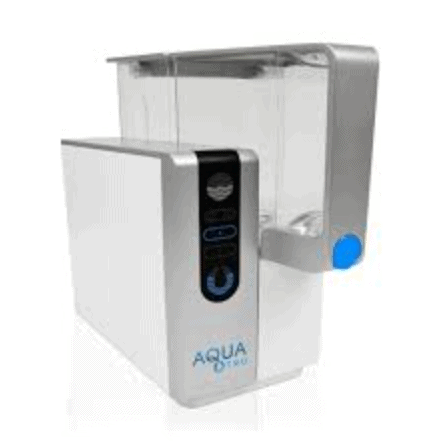 That’s where the AquaTru Countertop Reverse Osmosis System comes into picture. This is the first system which won’t really require a deep installation in your already existing plumbing structure is effective enough to offer you the certifiably clean water with just 3 minutes of set up. It is effective enough to remove 74 different contaminants from the water which also includes Chlorine and Fluoride. This system doesn’t follow the gallon-a-day protocol but instead uses natural water pressure to create a quart every 4 minutes.

This is the filter which although looks similar to the structure of other filters but it’s functioning is much more effective as compared to the others. This is filter is the only one which is approved by the National Sanitation Foundation and is best suited for removing all the harmful contaminants from the water including Chlorine, Fluoride, Lead etc. 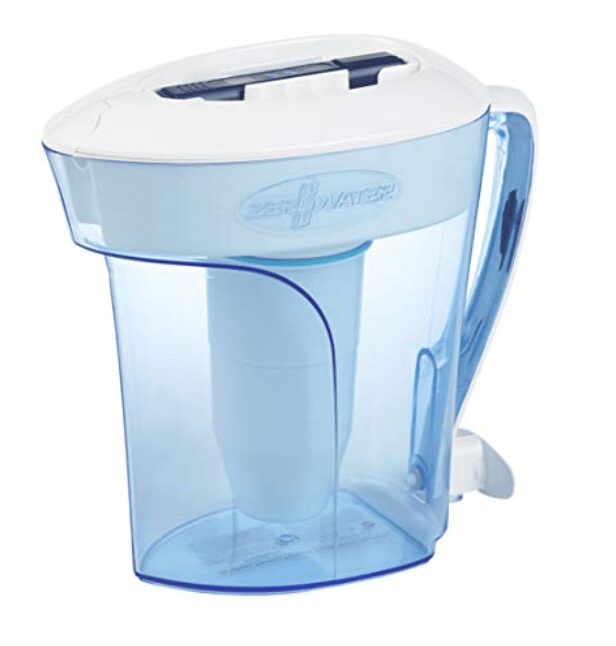 This filter has an inbuilt ion exchange system which has the 5 stages filtration technology and thus, it turns out to be the only filter which offers 000 parts per million as the total dissolved solids meter in water. It is a unit of measuring to know about the various elemental addictives. This filter is the only one which will ultimately render you with water which lives up to and satisfies the definition of purified filtered water defined by FDA.

This system is the industry standard of bona fide, under-the-sink workhorse filtration devices. This filtration system might cause a bit of trouble in fitting as it will require an in-depth installation. However, once done, it is, without a doubt, the best home water filtration system which will offer you completely clean and impurities free drinking water. 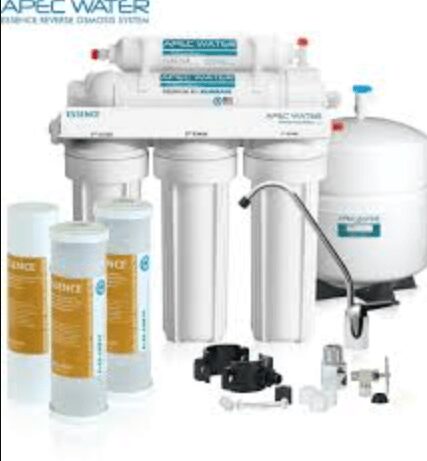 This system is capable of removing all the impurities and contaminants of upto 99%. This filter is constructed in a structure which would guarantee you the years of noiseless and trouble free filtration process and the clean water. The company with its WQA-certified technicians offers you the complete lifetime warranty of this filtration system. Thus, some technical work during installation in the plumbing structure would be truly worth it in the longer run.

Now, before moving towards concluding the article, let me first answer some of the ‘Frequently Asked Questions’ related to the Water Filters so that you have a more clear idea about it.

So, let’s move on to it without any further delay!

What does Reverse Osmosis remove from water?

Reverse Osmosis (RO) has overtime proved to be very effective in removing a lot of contaminants from water. This process reverses the flow of water which ultimately makes the water to pass through concentrated solution, a dilute solution and then a semi-permeable membrane.

However, during this filtering process, it can also remove some amount of beneficial nutrients and minerals found in water.

What is the time duration upto which you can store the Reverse Osmosis Water in a Container?

The filtered water from Reverse Osmosis can last for several years without any contaminants provided that you store it in such a manner where the contaminants have no chance of re-entering the water. Like the impurities-free glass bottle would work best at it. And the best way to store the water would be in the dark so as to avoid any chances of having fungi or algae and thus, store water for a long time.

Will just simply boiling the water won’t work? As in, is it necessary to buy a water filter?

Boiling water is only recommended after the case of any emergency event like flooding etc. Other than that, it is recommended to have a water filter because of the fact that boiling water will be successful in removing microorganisms like bacteria, viruses, and protozoa. But the contaminants like Fluoride and Chlorine can’t be removed by boiling water. It can only be done using a water filter with a micron which is small enough to catch such particles.

With the FAQs being answered, we finally move towards concluding the article.

We can conclude this article by saying that water is an utmost necessary for everyone one of us and is consumed by us on a daily basis in a good quantity. Thus, it is very much important to ensure that we have access to safe drinking water.

We must have access to a sustainable solution to remove the contaminants of water and Water Filters seems to be a very viable solution for the same. In this article, I have stated the best three filtration systems which can be used. You can pick for yourself from all the available options as per your preferences and your needs to ensure that you and your family lead a healthy life.

With this, I’ll take leave and wish all of you and your families, Good Health!