You are here: Home / Cookware / Can a Food Processor Crush Ice ? What is a food processor ?

A food processor is a flexible kitchen apparatus that can rapidly and effectively hack, cut, shred, granulate, and puree practically any food.

Can crushing of ice be a source of income ?

Well , to the common man , it might seem like a dull idea but tens of thousands of street vendors in India sell what they call “ barf ka gola ” , which roughly translates to snowballs .

And these aren’t the typical snowballs that you might make on a hill station using snow lying on the ground .

These snowballs are made by crushers which have blades rotating at speeds higher than those in a food processor .

To these street vendors , if you were to say , “ Use a food processor ” , they would probably think you’re joking . 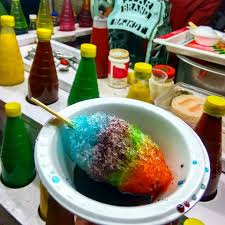 But not all of us have the need to crush ice from dawn till dusk .

For most of us it’s 3 – 4 pieces of ice cubes that need to be crushed at once . So what do we need to in a food processor to crush the ice ?

Not a lot of things actually .

A food processor which is strong enough and the correct technique should do the trick for you .

Using your food processor makes your blades blunt and helps you spoil it gradually . You might not notice it the first time or the second , but sooner or later you are bound to see the decrease in quality yourself .

If the size of the ice cubes are bigger than the usual or cross the “ fill till here ” mark , it might cause serious damage to your blades or the device as a whole .

We might need to crush ice for a variety of reasons . If I were to do it , it would probably be for making some frozen yogurt , but a cocktail or a slushie ( if you have no idea what this is , google it , you do not want to miss out on it . ) are equally acceptable choices .

If you also own a blender , it would be a good idea to use it to crush ice . For this purpose , a blender should be your alpha choice and you need to make sure that it has blades strong enough for the purpose . 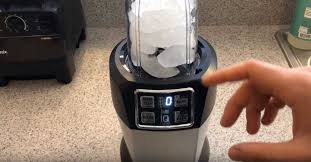 Which food processors to use ?

I have always believed it best to do things in a particular way . If something is meant for a certain purpose ,

I prefer to keep it that way.

For an example , most households would chop vegetables with a knife and then use the same to spread butter on bread . I am a bit more selective and would prefer butter knives for the said purpose.

Similarly , I would not crush ice in a food processor , I would use an ice crusher ( available in markets for a fair price ) .