You are here: Home / Cookware / Can Vitamix be used as a Juicer ?

You might or might not lead a quick lifestyle but it is not uncommon for people to skip one of the three major meals as prescribed by most nutritionists .

A survey lead in the United States of America show that almost 31 million people skip their breakfast everyday , with almost 80 % of the said population saying that they run short on time or are too busy to eat .

This leads to a problem .

It is pretty obvious actually . People who tend to skip meals have improper diet , with them over – eating at lunch or at dinner. This disproportionate ratio often can turn out to be a killer .

The corporate world has left people on it’s knees , making them work extra time leaving very little or no time for them to keep themselves healthy and available for the very same job .

Studies show that having a proper full glass of juice with bread and a topping is suitable enough in the long run . Now , a loaf of bread and a topping like butter can be found in your everyday shops , but juice is something you got to make yourself , isn’t it ? And with this we come to our agenda : Can VitaMix be used as a juicer ?

Contents show
1 Well , what is a juicer then ?
2 Is VitaMix a juicer too ?
3 What is so special about VitaMix ?
4 So , with everything that VitaMix is , is it as good as a juicer ?
4.1 Related Posts

Well , what is a juicer then ? 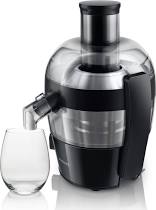 Is VitaMix a juicer too ?

No , VitaMix isn’t a juicer . According to Wikipedia , VitaMix , is a privately owned and operated by the Barnard family since 1921 and it caters the blending needs of customers and for the restaurant and hospitality industries.

VitaMix also has a reputation . It manufactures one of the best blenders in an around the world , and it isn’t only my word . It’s the thousands of satisfied customers that have the audacity to show what VitaMix really is .

What is so special about VitaMix ?

VitaMix provides a bunch of features that other mixers generally do not . Some of these features are just too comprehensive as far as day to day activities are concerned .

So , with everything that VitaMix is , is it as good as a juicer ?

People claim to have shoes from “ Woodland ” that last for years . Well , VitaMix is the Woodland of blenders . Most people who own a VitaMix have suggested that they haven’t had the need to buy another blender or juicer for that fact in a decade .

With that being said , it is also seen that the juice extracted from a VitaMix is not as fine as we would like it to be .

The juice from juicers are finer .This is because the fibres from a fruit are left out from a juicer but not from a blender .

Also , it has been observed that the flavour retained by the blenders from VitaMix give juicers a run for their money . It has also been seen that after the preparation of a smoothie or a juice , VitaMix is found to be much easier to clean as compared to a juicer .

A blender can also be used for making dough for pizza bases , making soups ( I know this comes as a shock , but it is true ) and obviously , as a juicer .

Not all fruits are best suited for your blender . To ensure the longevity of your VitaMix’s lifespan use the fruits mentioned below over other fruits in it . These fruits are :

These fruits tend to release less juice from within but make for extremely beneficial dietary components , which helps you to get in every mineral your body wants in a simple glass .